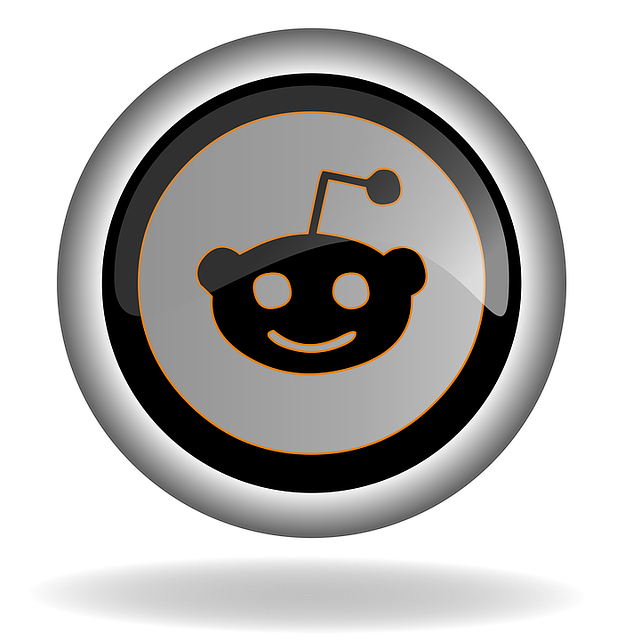 Online discussions are becoming one of the most productive ones these days. The availability of think tanks, celebrities, and famous people from all walks of life on the internet has made it easier to hold meaningful discussions online. People are generally busy and all the great minds are very hard to be gathered at one place. The availability of online forums and discussions make it simple and accessible for anyone around the globe to take part in discussions that include all kinds of VIPs i.e. Presidents, Senators, celebrities, in short all the people who are very difficult to meet because of their importance. Having such a success and knowledge rich exposure can be an experience of great learning for the masses.

Although there are many online forums and sites that hold discussions about topics, Reddit is the leading one in this aspect. It’s legitimacy, access to everyone, open to all kinds of discussions and presence of real people (not fake profiles of VIPs) makes Reddit a brand in online discussions. The structure of Reddit also contributes in making such an image of the forum. A very easy to understand interface allows almost anyone to understand the how’s of this site.

Reddit has given itself the badge of “The front page of the internet”. That is not a hollow boast. Reddit is the 6th most popular site in U.S. It consists of many forums where people can share their views, news, and comment on each other’s posts. They can argue, initiate discussions and get public opinion over any issue. There are millions of communities on Reddit and there is no restriction of the topic.

People can make community or a forum about almost anything i.e. armed birds, bunch of cats and what not.

The communities are known as sub-reddits and all of them are covering a particular topic. A sub-reddit name starts with r/ and this is a part of URL used by Reddit. When one starts using Reddit, they get confused at first. That’s because they have no idea about the communities or anything. However, if they are aware of what they need to find on Reddit, they won’t stay perplexed for long.

Apart from self awareness, Reddit also helps you to reach the hot topics/discussions that are trending these days. All the trending posts, pictures, and discussions are shown on the homepage of a new Reddit user.

The magnitude of access that Reddit grants to its users should be appreciated, because any user of the Reddit can make a community on the site as long as it stays inside the community guidelines. The Sub-reddits are under constant supervision of the moderators. The moderators (mods) have the authority to alter the appearance of any Subreddit. They can also remove posts or ban people from the Subreddit. It all depends upon the policy guidelines of the website.

Moreover the mods are not allowed to ban a user or a subreddit on the basis of personal opinion. They have to be neutral and clear in this regard. Reddit in whole is being governed by admins who have powers across the whole site. They can also fire moderators from their post and even ban an entire Subreddit.

Every post includes a panel where one can see an upvote and downvote option. It shows the number and kind of reactions people had to this post. Also, every post has its Karma points. It shows how much Karma the comments on that post received. Karma points would only help you standout in the Reddit community.

If the discussion on your post is worth it  will get more reach and in turn people will involve more in the discussion. This would increase your Karma points. They are something to be proud of.

Like all the people are using text shortcuts these days i.e. omg for Oh my God, TTYL for talk to you later, Reddit also has some terms that are to be explained.

One can also make and manage multiple accounts on Reddit by the help of software. There might be many software available for dealing with Reddit accounts but RedditDominator is the one having most number of reviews by users. Everything related to Reddit i.e. Karma, Upvotes, Downvotes and comments can be easily managed through this software.

There are five easy steps on how to use the software. The topmost section i.e. account manager. The next option would be account handling where one can simply add or delete the existing accounts. The full details of the uploaded Reddit account as User Name, Password, Email ID, Proxy Address and others would be shown in the details section of the accounts. RedditDominator has some features that make it stand out from other software.

Account Manager which would help the user manage all the accounts one has. The act of commenting, posting and upvoting one’s posts can be managed by this tool as well. All the Reddit automation can be handled by using this software. This is because all kinds of Captchas are easily handled by RedditDominator. The plus point of this tool is that it can work on both Mac and windows.

So it covers a versatile range of users.

Another software that can be used to grow on Reddit is FollowingLike. It is a software that is going to get you likes and followers on any social media. It is one of the best tools to run all kinds of social media accounts. The problem is that the high competition is the market has nerfed the tool FollowingLike. It is because the same kind of software with better things to offer has invaded the market.

Fanbump is another tool which has the same purpose but it takes a different path which makes it stand out.  It generates organic likes and followers who are actually interested in our content online. Moreover it gives chat support which is available 24/7. So in case of any problem, the customer care is approachable easily.

PVAcreator is another tool used for dominating Reddit or any other social media. It will create bulk accounts for you on any platform. Having so many numbers of account will surely help you dominate the site. It is easy to use as it will handle the captcha, phone number registrations and email registrations on its own. It will also import proxies to get the accounts registered.

Well, once you have multiple accounts on Reddit you can easily dominate your Karma points by Upvoting your posts. This will bring your post some Karma points and the post or subreddit becomes prominent on the site. In this way more and more people view the subreddit as the large number of Karma points make the post seem legitimate and prominent on Reddit. PVAcreator can also create custom names, birthdays and genders to make random accounts. It also has the latest fingerprint bypass technology which provides security.

Reddit is serving as a billboard, news site and social media in the era of online marketing. Reddit is the right place for you if you are on the internet to find some really engaging content. If you want to get your content publicized using one same IP, your content will be marked as spam. So you surely need proxies to handle all your accounts. Reddit proxy servers would hide the original IP of the owner and send requests using many other IPs.

There is an alternative to using Reddit proxy. One can use Reddit VPN to hide their IP addresses. The VPN is somehow different as compared to the proxies. Instead of using different IP addresses it just encrypts the connection between the user and target website. The VPN services make it look like the whole traffic is coming from different sources.

People normally use it so that their content does not gets spammed by the Reddit bots. There are some flaws of using Reddit VPN. As you are using single IP address you won’t be able to hide your identity. Speed and privacy are also one of the issues faced while using Reddit VPN. The biggest disadvantage of using VPN is it kills the purpose of multiple account handling.

So VPN automatically is out of the league when it comes to dominating Reddit.

Reddit is a platform that can be used in many ways to get benefits. When you dominate such an authentic website, you can achieve many milestones. For instance when one has a huge fan following on Reddit, any product or anything related to that, if endorsed by that one user can increase the sales for that particular product. However, one has to be very clever before doing such practice because it can also backfire. The reason is that people on Reddit are very different from other platforms and therefore are quite serious and mature.

They are also not a bunch of dumb people. Therefore any kind of social media campaign can be detected easily. So the campaign has to be planted very carefully and on time. A slight negligence can destroy the image of one product as well as the whole sub-Reddit.

As Reddit has high number of visits as compared to every other website, it is one of the best places to get quality exposure to your products or any services that you’re offering.

Not only will it be exposed to a huge number of people, but also will it be seen by important people such as Presidents, celebrities and owners of huge businesses. This can also land huge projects to startups whose products come across the eyes of multi-millionaires who find a particular product interesting.

So it all ends up on the user and a cunning approach towards this whole thing. If one is investing their time and mind in something, they should be using all of their senses to campaign for their product. No shortcuts can ever bring the results that constant hard work and perseverance can. A site that tags itself as the front-page of the internet, for sure has a lot of potential in it if consumed properly.

A proper combination of tools, proper use of instincts, proxies, and good research can bring out the best results. Therefore one needs to be focused on what they’re doing and keep doing the hard work. Reddit has a lot for entrepreneurs across the world and surely does dominate many startups and businesses. The good thing is if you somehow start a discussion about your product or service you can get a huge bunch of important information about it. For example product reviews, demand ratio and the product span across the world.

This comes without a cost. What on earth could be better for a businessman than having reviews from a group of elite humans who are intelligent enough to find the flaws and goods in your product.

Thank you for visiting our website. We have stopped taking new customers and have no plans to add new customers to our site currently. If you are looking for a proxy provider, we would recommend you check out Blazing SEO for quality proxy products.